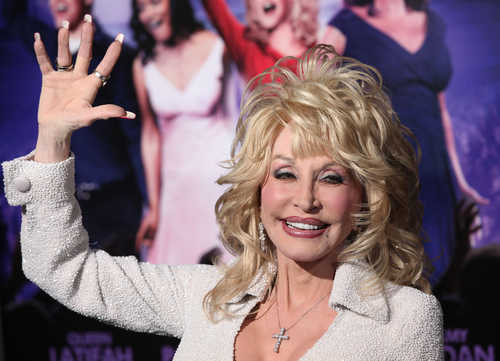 (Republicaninformer.com)- During a recent interview, country music legend Dolly Parton offered her thoughts on the key to a long and happy marriage.

Parton, who has been married to Tennessee businessman Carl Thomas Dean since 1966, told ET Canada that it has been a combination of humor and picking the right partner that has kept her marriage going for 56 years.

The 76-year-old singer said she likes when people ask her how her marriage lasted so long, saying she tells them “I stay going.” She said a lot can be said for keeping up her career just so she and her husband aren’t “in each other’s faces all the time.”

Parton noted that Dean is not in the music business and they both have different interests. But at the same time, she added, they do have things they love doing together.

Parton said her marriage to Dean was “meant to be,” adding that he was the one she was supposed to be with “and vice versa.”

Parton emphasized the importance of having a sense of humor in marriage, saying humor “is one of the best things when you’re married.

Parton added that even when couples are having problems they can find a “crazy way of getting out of it” if they maintain a sense of humor. She said she and Dean have never had “serious arguments” where they end up saying things they later have to “take back.”

According to her website, the 18-year-old Dolly first met Carl Dean, 21, outside of the Wishy Washy laundromat. The famously buxom blonde said she had been surprised that Dean looked at her face, noting it was “a rare thing for me.”

During the couple’s 50th wedding anniversary vow renewal in 2016, Dean said his first thought on meeting his wife was, “I’m gonna marry that girl” and his second thought was, “Lord, she’s good lookin’.”