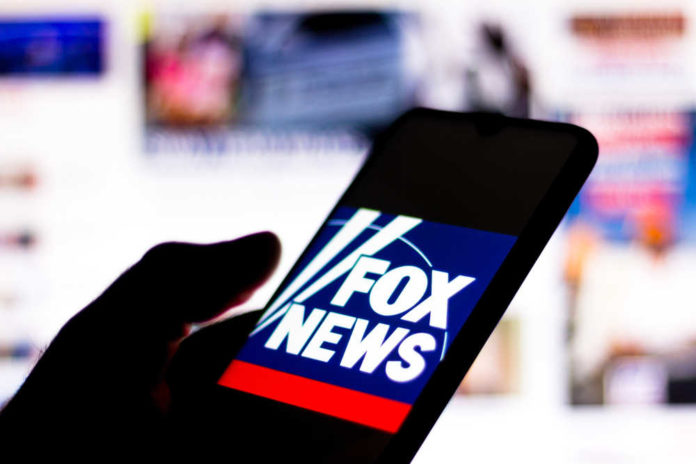 (RepublicanInformer.com)- At the University of New Mexico on Thursday, a group of left-leaning students besieged a Turning Point USA campus event with Tomi Lahren, prompting the state police to be dispatched. Lahren slammed the university for showing little concern for the threat the mob posed to her and her audience.

“Never mind me, you had your tuition-paying students in that room to listen to a speaker, and they were in danger. We were all in danger,” Lahren admonished in a video.

Footage of the woke crowd of protestors trying to force their way into the event venue while university police officers fought to keep them out shows the punks yelling “Shut it down” and “F*ck Turning Point.”

According to a report by KRQE News, another cop inside the building held the doors closed. Later, New Mexico State Police were called to the location, and the address was cut short by the event’s organizers out of an abundance of caution.

Lahren described the event in a video as having “gone violent.” They began shoving the officers manning the door in an attempt to break in.

She said at one point they almost made it through the door. There weren’t nearly enough police officers there. Nobody, in her opinion, anticipated that it would be this horrible.

Someone set off a fire alarm. Alarms were sounding all throughout. For her safety, Lahren was led away by cops.

Lauren stated that guests’ lives were in jeopardy.

She said the State Police had to be contacted due to how nasty it became. And for 30 to 45 minutes, she was trapped in a kitchen.

Lahren posted a picture of what seemed to be wall damage caused by woke protesters.

According to Charlie Kirk, who spoke to Breitbart News, “you’re not a protester, you’re a criminal, and you should be jailed” if you cause property damage, try to force your way through a door that is being barred by police, or threaten to harm our TPUSA students or speaker.

Kirk, the creator of TPUSA, continued, saying that unless there are penalties, this will happen again and again, and someday someone will get badly injured.