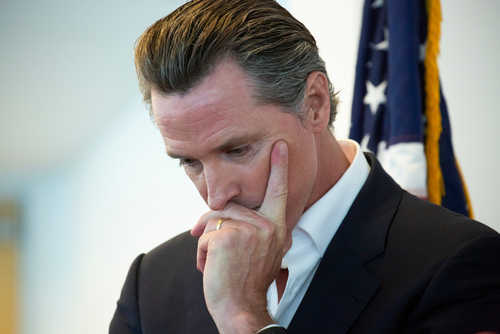 (Republicaninformer.com)- This week, the Democratic governor of California, Gavin Newsom, issued a warning that his state could face an influx of illegal immigrants that would be unmanageable if President Joe Biden were to undo the border policy implemented by the Trump administration.

Newsom made the statement to ABC News on Monday. He said, “The fact is, what we’ve got right now is not working and is about to break in a post-42 world unless we take some responsibility and ownership.”

The comments made by Newsom refer to the plan of the Biden administration to repeal Title 42 the following week. Title 42 is a policy enacted during the Trump administration, enabling law enforcement to deport illegal immigrants quickly.

According to a report by the Sacramento, California, affiliate of ABC News,

the governor also voiced his displeasure with the decision made by the Biden administration to send planes and buses to California full of migrants “because of all the good work” the state is doing for the immigrant community.

This is a first for California Governor Gavin Newsom, who is known for tweeting his disapproval of the policies of the Republican governors of Texas and Florida, both of which he’s criticized for transporting busloads of illegal immigrants to liberal enclaves like Martha’s Vineyard and Washington, D.C.

At this point, it appears that he will be able to skirt at least some aspects of Trump’s pandemic policy by removing Title 42, which could deport immigrants based on immunization status.

In addition, Newsom clarified that he did not intend “to point fingers.”

When asked about the number of immigrants sent to California by the federal government this year, Newsom and the Department of Homeland Security spokespeople did not immediately respond.

ABC reported that national press outlets only covered his border visit, but the Newsom team did not warn California reporters of the visit.