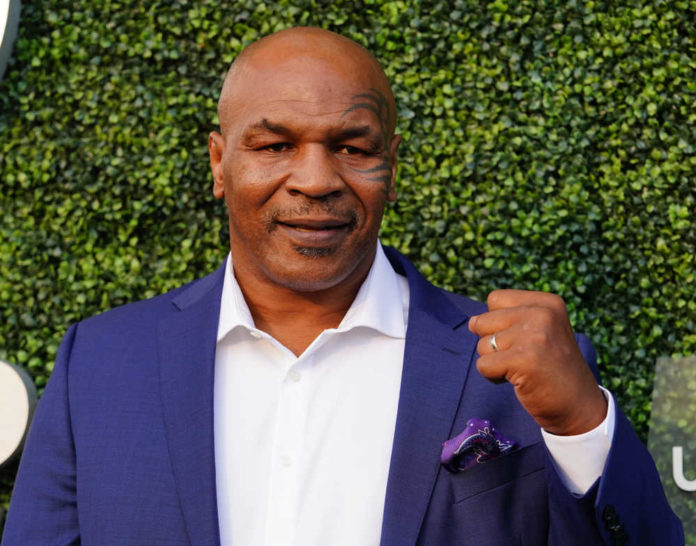 (RepublicanInformer.com)- Despite being a multi-millionaire, boxing star Mike Tyson has acknowledged his financial troubles with his wife and expressed his belief that his death is approaching “very soon.”

The former heavyweight champion, 56, told the trauma and addiction therapist Sean McFarland on his podcast “Hotboxin’ with Mike Tyson” that he thinks his time is almost over.

Of course, Tyson said, we will all die one day. And when he sees those little marks on my face in the mirror, he says to himself that it suggests his expiration date is very close.

Tyson said in a morbid dialogue that “money doesn’t “matter s*** to me.” He said that it gives one a false feeling of security.

He usually tells people that you can’t expect anyone to love you when you have a lot of money. He says people believe that money would make them happy, and since they have never had money, they don’t know the truth about it.

He said when you have a lot of money, you think you’re invincible, which is untrue.

Tyson said that he speaks to his third wife Lakiha Spicer, who claims that his money will provide her long-term stability after his death.

He asked the question, “What actually is security?”

He said he’s not sure. Is it secure to deposit money in a bank and receive a check each week that will allow you to support yourself for the rest of your life? He noted that It doesn’t guarantee you won’t become sick or get hit by a car. Can money protect you if you leap from a bridge?

In 1985, Tyson competed in his first professional fight and defeated Hector Mercedes at 18.

He was sentenced to three years in prison for the July 1991 rape of teenage Desiree Washington. In 2003, he declared bankruptcy despite having made over $30 million from some of his fights and $300 million throughout his career.

Tyson is also notorious for biting Evander Holyfield’s ear during their fight in June 1997.
After the bout in Las Vegas, a portion of Holyfield’s right ear severed during the chomp was discovered on the ring floor.