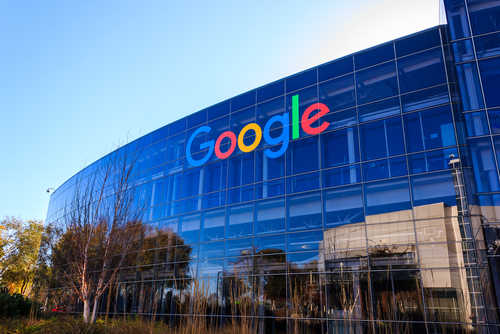 (Republicaninformer.com)- A small municipal organization in Washington, D.C. may present a more immediate issue for the Silicon Valley juggernaut as it contends with legal action and an FEC complaint for reportedly diverting nearly all Republican National Committee emails to Gmail spam bins.

Mass-blocking RNC emails allegedly constitute “unlawful discrimination based upon political affiliation” and the denial of the “full and equal enjoyment” of Google’s Gmail services, according to a seasoned public interest law professor known for his anti-smoking and “potty parity” legal crusades. The complaint was submitted to the D.C. Office of Human Rights (OHR).

John Banzhaf of George Washington University claims in his complaint that he has submitted more than 100 successful complaints under the D.C. Human Rights Act, which awards damages and attorney’s fees for violations and does not need complainants to be “aggrieved” themselves.

This includes Google, which also “maintains a massive and expensive physical lobbying presence in the District,” according to the complaint. The D.C. law does not require a “place of public accommodation” to maintain a “physical location in the District” or even charge for its services if it provides them to a person in D.C.

Notably, the legislation does not demand that complainants provide evidence of discriminatory intent. According to the complaint, because the law forbids “any practice which has the effect or consequence” of discrimination, even “a completely unanticipated result of the programming and/or system design” may result in responsibility.

Given the intricacy of the email filtering mechanism and the technical skill of Google, Banzhaf stated in an email, “therefore neither I, as the complainant nor the agency, have to find, much less establish, why the discrimination is occurring” in Gmail.

He and his law students have filed OHR charges against female discrimination in dry cleaning, hairdressing, and “ladies’ night” marketing, as well as racial and disability complaints, and they have had an “incredible series of triumphs,” he told Just the News.

Although it was agreed that women’s clothing might require more prolonged treatment due to their tendency to have more fabric, the dry-cleaning complaint against charging more for women’s clothing “helped to eliminate this discriminatory practice in many other jurisdictions,” Banzhaf stated.

The RNC claims Gmail filters only intercepted 8% of RNC emails, compared to 68% of DNC emails.

OHR’s decision “may have tremendous repercussions on many different elections,” whether it investigates or chooses not to.